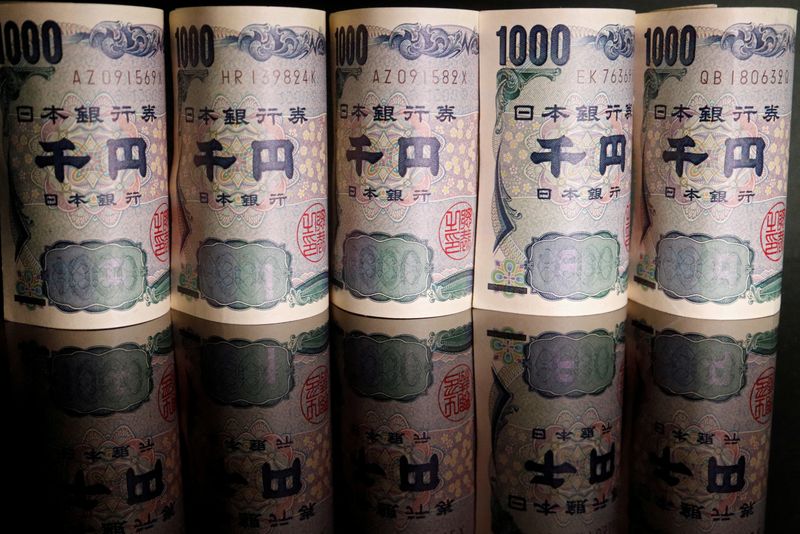 also dropped 1% and the yen rose about 0.4% to 128.45 per dollar, unwinding moves that followed the Bank of Japan (BOJ) scotching speculation of a shift and leaving monetary policy settings unchanged a day earlier.

The BOJ has pursued ultra-easy policy settings for decades in an attempt to generate inflation and growth, but markets doubt it can keep that up, and traders have been selling Japanese government bonds and buying yen to bet on a shift.

The Nikkei dip and the bounce for the yen suggest such speculation is here to stay, at least for now.

“There’s an intense amount of speculation in the market that now that the January (BOJ) meeting has happened without any changes … that we’ll see something in March,” said Shafali Sachdev, head of FX, fixed income and commodities in Asia at BNP Paribas (OTC:) Wealth Management in Singapore.

April was another possibility, she added, since by then the BOJ would have a new governor. “My guess would be that more speculators would look to build positions going into these meetings.”

Ten-year Japanese government bonds, the focus of markets’ challenge to the BOJ because of the zero-yield target and 0.5 percentage point limit on its upward movement, yielded 0.415%. [JP/]

Overnight, the lost 1.6% after data showed U.S. manufacturing output had slumped last month and retail sales had fallen by the most in a year.

dropped 0.2% in Asia and were close to breaking below the 50-day moving average.

“The decline in retail spending and industrial production adds to the theme of the economy slowing and heading into recession in 2023, and pushes back on the soft landing narrative dominating markets since January,” said National Australia Bank (OTC:)’s head of market economics, Tapas Strickland.

The dollar wound back London-trade losses in the New York session and made gains in Asia. The Australian dollar was last down 0.5% at $0.6907, losing ground after data showed an unexpected fall in Australian employment last month.

The euro was under gentle pressure at $1.1078 and the New Zealand dollar wobbled slightly lower on news of Prime Minister Jacinda Ardern’s surprise resignation.

Minutes from last month’s European Central Bank meeting are due later on Thursday, as is an appearance from ECB President Christine Lagarde at the World Economic Forum in Davos.