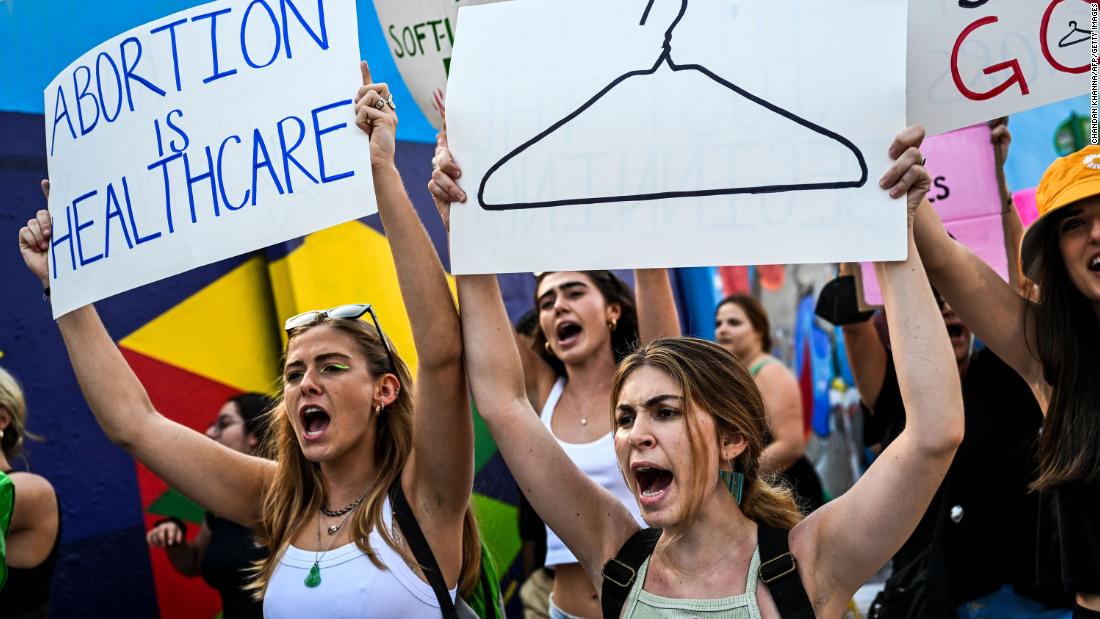 Florida, which currently bans most abortions at 15 weeks, requires physicians to notify and obtain written consent from a minor’s parent or legal guardian before performing an abortion on the minor. Under the law, a minor is allowed to petition a circuit court to waive these requirements.

The minor, who is “parentless” and living with a relative, told the circuit court that her legal guardian is “fine with what [she] wants to do,” according to one of the judges for the appellate court.

A state circuit judge had dismissed the pregnant teen’s petition, finding that she “had not established by clear and convincing evidence that she was sufficiently mature to decide whether to terminate her pregnancy,” according to an appellate court’s opinion issued Monday.

In its opinion, a three-judge panel of the First District Court of Appeal in Florida affirmed the lower court’s decision and said there was no need to remand the ruling to the trial court.

The case was first reported by The Daily Beast.

The minor, identified in court documents as Jane Doe 22-B, was 10 weeks pregnant when she petitioned the Florida circuit court, according to appellate court Judge Scott Makar, who dissented in part.

In her petition, the teenager stated that she isn’t ready to have a baby, doesn’t have a job, is still in school and that the father is unable to support her, Makar said. Shortly before she decided to seek an abortion, she also “experienced renewed trauma (the death of a friend),” he wrote.

Escambia Circuit Court Judge Jennifer Frydrychowicz had denied the minor’s petition on the basis of her maturity, but said that the minor “may be able, at a later date, to adequately articulate her request” and the court may reevaluate its decision, according to Makar, who wrote in his dissent that he would have returned the case to the lower court.

“Reading between the lines, it appears that the trial court wanted to give the minor, who was under extra stress due to a friend’s death, additional time to express a keener understanding of the consequences of terminating a pregnancy,” he added.

When reached by CNN, the assistant for Frydrychowicz said they had no further comment on the case.

Florida is one of six states that require both parental notification and consent for minors to get an abortion, according to the reproductive rights think tank Guttmacher Institute. For a judicial waiver of the parental consent and notification, Florida requires that a court “finds, by clear and convincing evidence, that the minor is sufficiently mature to decide whether to terminate her pregnancy.”

The court needs to consider factors such as the minor’s age, “overall intelligence,” “credibility and demeanor as a witness,” ability to assess the consequences, and whether they understand the medical risks, according to the state law.

“Ultimately, these decisions are left in the hands of judges. It’s more of an arbitrary decision because the judge in this case decided that the minor wasn’t sufficiently capable of understanding what it means to end their pregnancy, however, that also means that the state says they’re sufficiently capable of becoming a parent,” Stephanie Loraine Piñeiro, the executive director of the Florida Access Network abortion fund, told CNN.

Minors typically seek the judicial bypass process because they cannot safely share their decision to have an abortion with their parent or guardian, according to Piñeiro.

But Piñeiro added that sometimes a minor goes through the judicial bypass without needing to, perhaps due to misinformation or general confusion about the process and the Florida statute.

Autumn Katz, the interim director of litigation at the Center for Reproductive Rights, said that “parental consent laws have nothing to do with ​patient safety ​and ​only serve to stigmatize abortion care and place it even further out of reach for young people.” ​

“No one, including pregnant minors, should be forced to go ​to court and sacrifice their dignity just to access the critical health care they need,” Katz said in a statement. “In order to obtain services without ​parental involvement, Floridians would have to travel thousands of miles to a state like Virginia—a barrier that most young people, many of whom have very limited resources, will not be able to overcome.”

India cenbank likely to set cut-off yield for 2032 bond at...