HomeLatest NewsHouston crash: A toddler was killed after a cement truck tumbled over...
Latest News

Houston crash: A toddler was killed after a cement truck tumbled over overpass onto a vehicle 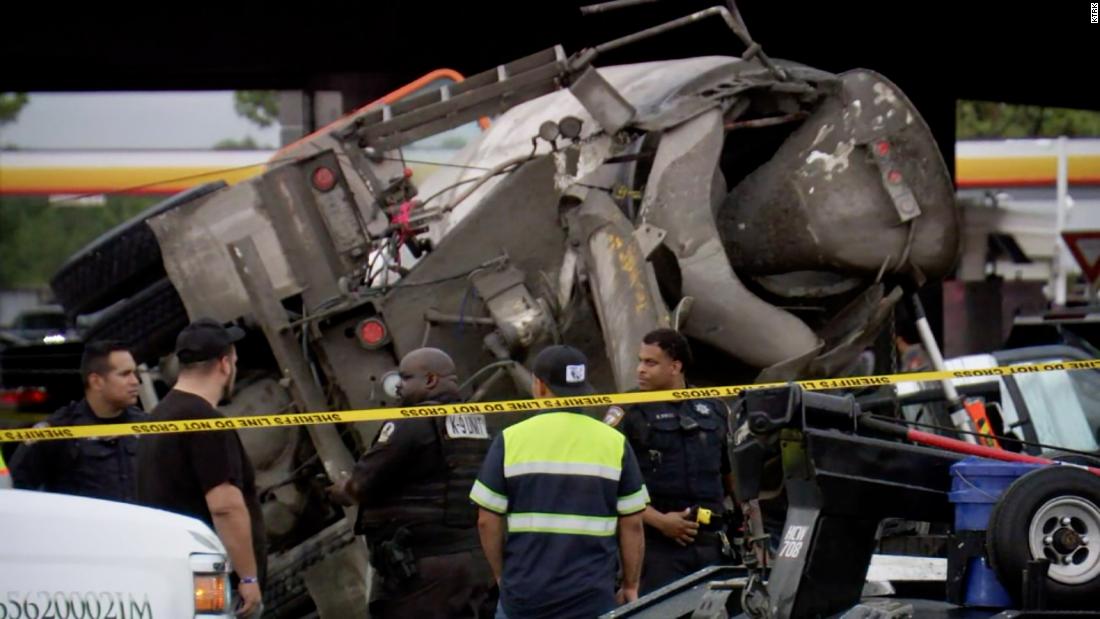 “The adults were able to exit the vehicle and rescue the girl — one of the twins — unfortunately the boy twin was not able to be freed from the vehicle being crushed by the cement truck,” he said.

Harris County Sheriff Ed Gonzalez said deputies had responded to a “major crash” at the intersection of Wood Forest and East Sam Houston Parkway on Friday afternoon. He said the truck lost control, “went over the overpass and landed on top of a vehicle with four occupants.”

The driver of the Ford pick-up truck was identified as the twins’ 54-year-old grandmother, while the front seat passenger was their mother, said Cheng.

The two women and the girl were transported to a local hospital in stable condition, according to the sheriff’s office.

The driver of the cement truck sustained possible injuries but refused transport to a hospital, according to Cheng.

She “did not show any signs of impairment or intoxication” and there were no signs of speeding, he said. “She is distraught about the incident, and she is cooperating with the investigation.”

Cheng said investigations into the crash are continuing. “We do want to conduct a full investigation to see why she lost control or any possible contributing factor on the beltway.”