Democrats aren’t wasting any time seizing on the abortion issue 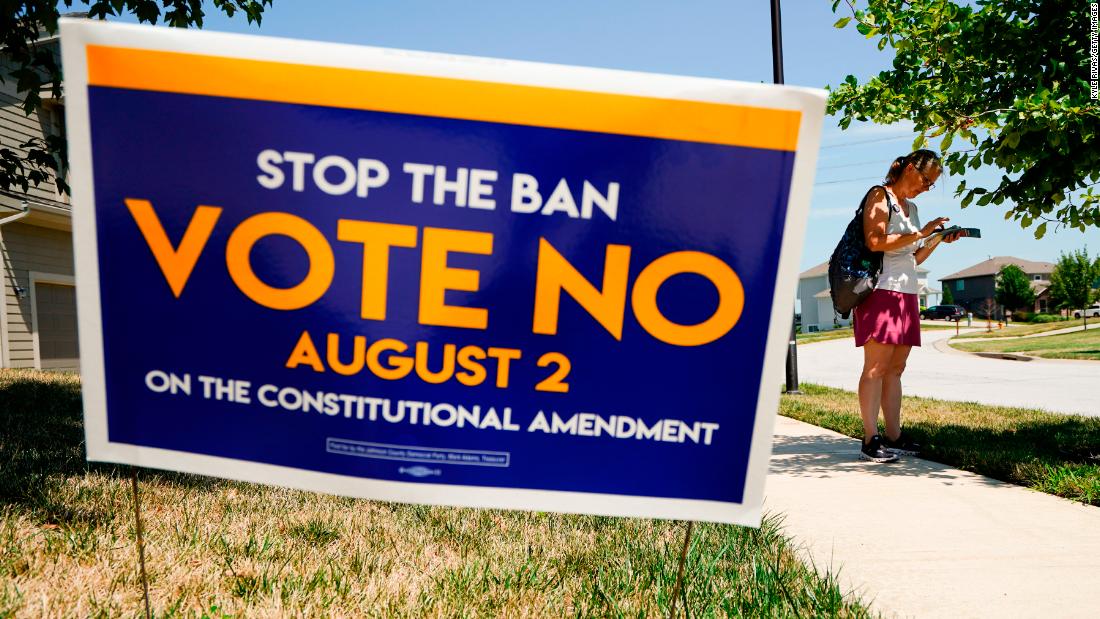 In Arizona, Democratic Sen. Mark Kelly hit the airwaves this week with an ad criticizing Blake Masters, who won Tuesday’s Republican primary, for his “dangerous ideas on abortion.” Similarly, Senate Majority PAC, a group with ties to Senate Democratic leadership, began airing an ad highlighting Masters’ “extreme” abortion views.
In Michigan, a group aligned with the Democratic Governors Association launched an ad against Tudor Dixon shortly after she won the Republican gubernatorial nomination Tuesday featuring clips of her saying she does not support abortion ban exemptions in cases of rape or incest.

That Democrats are choosing to kick off their general election campaigns in critical states with paid messaging focused entirely on abortion shows that the party sees the issue as its best hand to play in a political environment that has otherwise been largely unfavorable.

Democrats were already confident the issue would become more salient — and work to their benefit — in the November elections after the Supreme Court overturned the landmark Roe v. Wade ruling in June.
But they became even more emboldened this week. Voters in the red state of Kansas rejected a ballot measure that would have removed abortion protections from the state’s constitution by 18 points. The margin and the level of turnout surprised members of both parties. As CNN’s Harry Enten noted, there were more than 900,000 votes counted for the amendment, compared to less than 750,000 for the state’s gubernatorial primaries. All told, turnout was up nearly 60% for Kansas’ primaries this year compared to 2018.
While that is all promising for the Democrats, their challenge going forward will be channeling the energy of abortion rights proponents for elections, like those in Arizona or Michigan, that aren’t straight up-or-down votes on the issue. (Though notably, there will likely be a measure on the November ballot in Michigan to enshrine abortion rights into the state’s constitution.)
Polls have shown that clear majorities oppose the court’s Roe v. Wade decision and that abortion is rising up the public’s priority list. But the issue has still not surpassed the economy and inflation as the top concern, and Democrats are still fighting the headwinds presented by President Joe Biden’s low approval ratings.

The Point: At the very least, the abortion issue can help Democrats maximize turnout among their base this fall. To avoid the midterm blowouts the president’s party has faced in recent cycles, Democrats will need it to become a stronger motivational force for swing voters too.

Air conditioning is bad for the planet. Here are some possible solutions