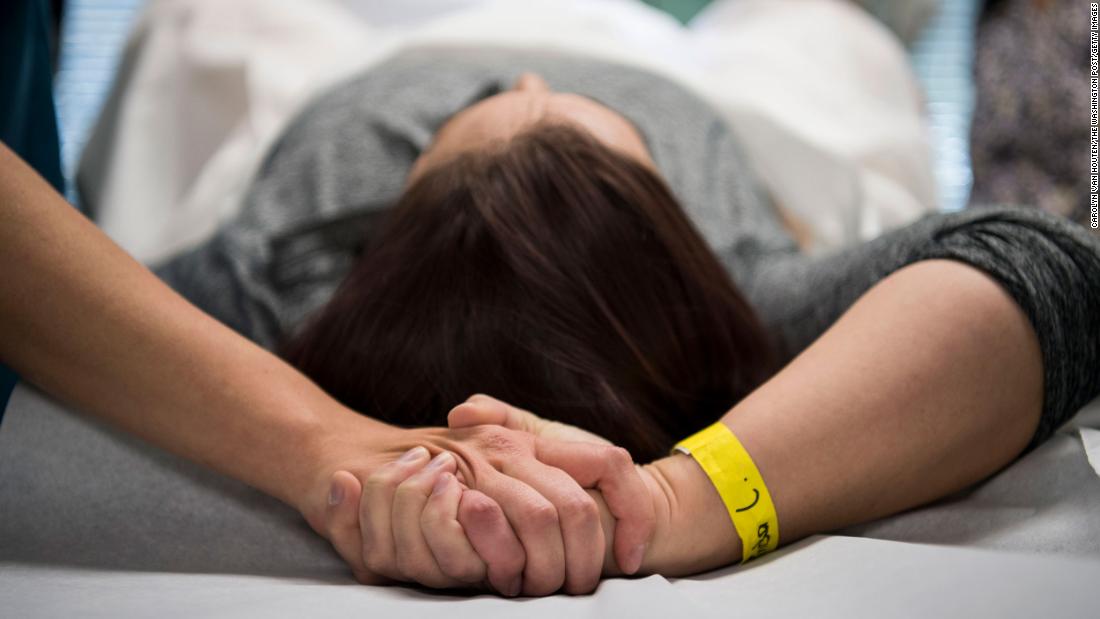 My science teacher pulled me out of class, told me to sit across from her at an empty lab table and asked me, point blank, if I was having sex with my boyfriend. To this day, I remember the purple shade of her heavy eyeshadow, the way she nervously patted her sweaty neck with a tissue.

I stared at her in disbelief, wondering if anything I said would be used against me, or even land me in the office of the principal — a nun who ran our private Catholic school like a military officer.

It was only in hindsight that I realized that my body — and what I chose to do with it — had become a matter of public opinion in my community. This teacher believed herself justified to police my most intimate choices. What gave her the right?

Afraid to tell the truth, I told her “no.” I was then subjected to a lecture on the evils of pre-marital sex that left me reeling with shame about the physical pleasure I experienced in my relationship.

Now, 27 years later, it’s no longer a science teacher policing my body — what I can and cannot do with it — but instead a group that has grown to include six Supreme Court justices and the state of Georgia, where I live today.

What’s at stake in the abortion debate isn’t just the constitutionality of regulating abortion, but the right of all women to wield control over their bodies — a right that already is eroded daily in classrooms across the country. In schools everywhere, discriminatory dress codes have become a means to further oppress girls and marginalized communities under the guise of an educational institution.

Before the pandemic, I spent two years researching the effects of sexist, racist and anti-LGBTQ dress codes on girls and marginalized communities. The research resulted in a co-authored novel for young adults, “Does My Body Offend You?” written with scholar Marie Marquardt. The book touches on themes of intersectional feminism, allyship and student protest.
While conducting our research, we learned of a Florida teen who was removed from class for not wearing a bra and asked to cover her nipples with Band-Aids. An 11-year-old in Maryland was disciplined for wearing leggings. An 8th grader in Georgia was cited for a rip in her jeans. In North Carolina, a sophomore was penalized over beads in her traditional African hairstyle. In Michigan, a Catholic high school threatened students with a “modesty poncho.”
In most cases, girls lost precious class time over spaghetti straps, yoga pants, hair extensions and even the size of their breasts — because, to quote one teacher, “smaller busted women could get away with more than larger busted women.” Black girls are the most frequently targeted group when it comes to violations, according to social justice scholar and author Monique Morris.

How will girls gain the right for body autonomy as women, if their bodies are being objectified and devalued by the institutions they are told to trust? How will they develop the capacity to fight back? Schools are but a microcosm of the control they will face, as adult women, from lawmakers, government agencies, religious groups, even healthcare providers.

“Objectification creates a hierarchy in which objectified bodies are less human, less valued and less privileged than others,” argues Rouhollah Aghasaleh, a Humboldt State University professor and author of the article “Oppressive Curriculum: Sexist, Racist, Classist, and Homophobic Practice of Dress Codes in Schooling.”

Dress codes, writes Aghasaleh, “convey sexism with a male centered gaze and racism with White middle-class norms that serve as a hidden curriculum…” They also play a role in victim blaming and rape culture, he adds.

A 2020 study by University of Wisconsin professor Gretchen Whitman further links the process of objectification in schools to the erosion of women’s rights.

Sexist dress codes, she writes, treat girls “like objects while males are assumed to be incapable of controlling their sexual desires.” She concludes, “As part of the hidden curriculum in schools, dress codes serve to perpetuate oppression of females and minorities, thereby promoting the hegemony of the white male.”

As we witness the beginning of a new era in the policing and politicizing of women’s bodies, and as protests against both are happening across the country, young people are demanding the right for bodily autonomy in their own communities by transforming the very schools they attend.

Adopting a gender-neutral dress code can be one powerful tool in the fight for equity and freedom. Such inclusive dress codes also ban clothing with racist or LGBTQ-phobic messaging to create a safe environment, one where students can use clothing as a means of self-expression. Even gender-neutral uniforms have the capacity to diminish economic and social barriers between students — as was my experience attending a private school where many of my classmates came from wealthy families, while my family was of moderate means.
Students leading this charge have seen gains working with national organizations, or by founding their own to reform school policies pertaining to students’ self-presentation — such as the stigmatization of afro hair and discrimination on the basis of sexual orientation and gender identity. The National Youth Rights Association (NYRA) the ACLU and Lambda Legal guide young changemakers in advocating for reforms.

It is not enough for young people to yell in protest and post about their anguish on social media. It is steady, quiet work that gradually dismantles oppressive systems and rebuilds a more just society.

Looking back to that high school incident, I wish I’d had the courage and resources to speak out against my teacher’s intrusion and the gendered uniforms we were forced to wear — a job I have now entrusted to the characters in my novel and the teens I meet during author school visits.

These young people embody the words of Latina activist and icon, Dolores Huerta: “Every moment is an organizing opportunity, every person a potential activist, every minute a chance to change the world.”