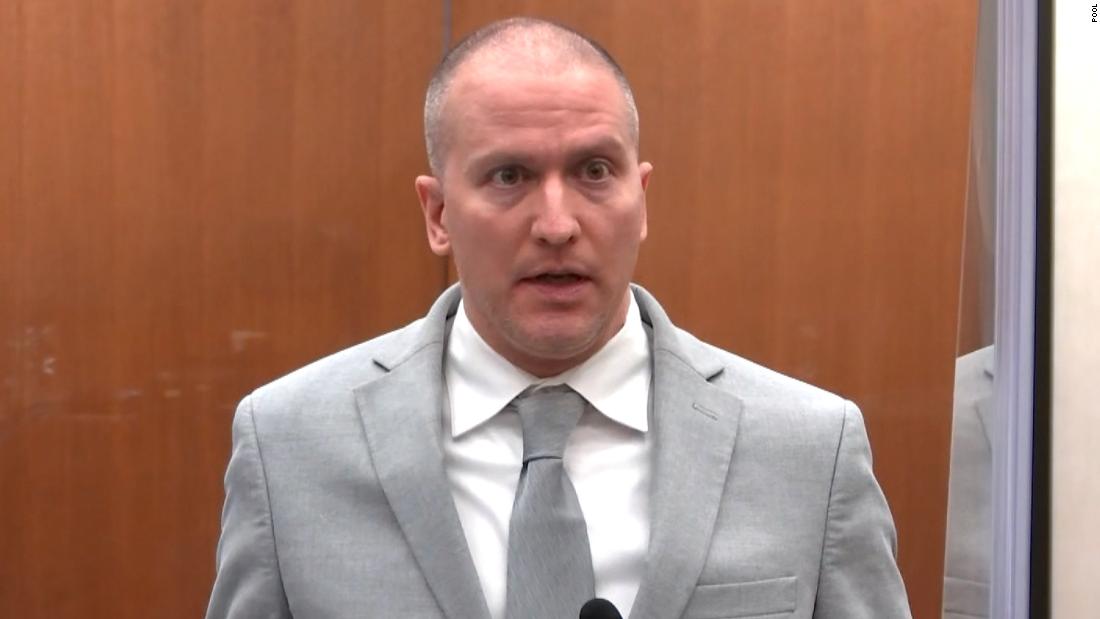 Last month, prosecutors asked a federal judge in Minneapolis to sentence Chauvin to 25 years in prison for violating Floyd’s civil rights, followed by five years of supervised release.
He was sentenced in June 2021 to 22-and-a-half years on state charges of second-degree unintentional murder, third-degree murder and second-degree manslaughter in the May 2020 killing of Floyd, an assault caught on a video that sparked a national outcry over police brutality and a reckoning over racial justice in America.

The footage from a Minneapolis street showed Chauvin impassively kneeling on the 46-year-old Black man’s neck and back while he was handcuffed and lying prone in the street for more than 9 minutes, gasping for air and telling Minneapolis officers, “I can’t breathe.”

Under Minnesota law, Chauvin will have to serve two-thirds of his sentence, or 15 years — and he will be eligible for supervised release for the remaining seven and a half years. He has appealed his conviction.
Chauvin pleaded guilty in December to federal charges of depriving Floyd of his civil rights when the former officer kneeled on Floyd’s back and neck for more than nine minutes. As part of the plea agreement, Chauvin faces a sentence recommendation of between 20 and 25 years. He could have faced up to life in prison if he had been convicted at trial.

According to a court document filed by his attorney in late June, Chauvin spends most of his life in solitary confinement at a maximum-security state prison. Attorney Eric Nelson asks in the document, titled “Defendant’s position regarding sentencing” to serve 20 years, minus time served in state prison, in a federal facility.

Prosecutors told the court in December they would request a federal sentence run at the same time as his state charges.

Three other former officers were found guilty by a federal jury in February of violating Floyd’s rights on May 25, 2020.
One man, Thomas Lane, has pleaded guilty to state charges. The trial of Tou Thao and J. Alexander Kueng is scheduled to begin in October.