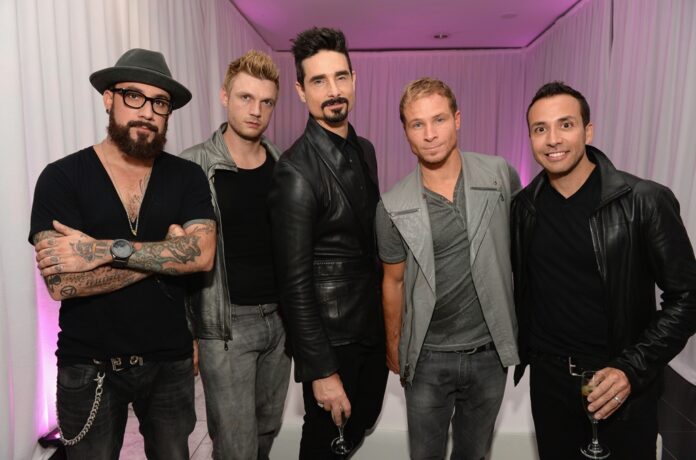 Backstreet Boys will usher in the holidays with A Very Backstreet Christmas, a collection of yuletide classics plus three freshly-cut tracks.

For the first-ever Christmas album and first studio effort in three years, the boy band has recorded “White Christmas”, “Silent Night”, “Have Yourself A Merry Little Christmas” and other timeless numbers, along with new songs “Christmas In New York,” “Together,” and “Happy Days.”

Also, the ‘90s pop superstars will release exclusive versions include a 15-track CD through Target, which includes bonus tracks “Feliz Navidad” and “It’s Christmas Time Again,” and a limited-edition red-vinyl on the act’s official store.

“We’ve been wanting to do a Christmas album for nearly 30 years now and we’re beyond excited that it’s finally happening,” co-founder Howie Dorough says in a statement. “We had such a fun experience putting our BSB twist on some of our favorite Christmas classics and can’t wait to be part of our fans’ holiday season.”

Backstreet Boys are currently on the North American leg of their DNA World Tour, which kicked off in April with four shows at The Colosseum at Caesars Palace in Las Vegas.

DNA earned a Grammy nomination in the category for best pop duo/group performance (“Don’t Go Breaking My Heart”), and it marked BSB’s 10th top 10 album in the U.S.

Across their 29-year career, the vocal quintet has shifted some 130 million records, according to BMG, which signed the BSB back in 2013.