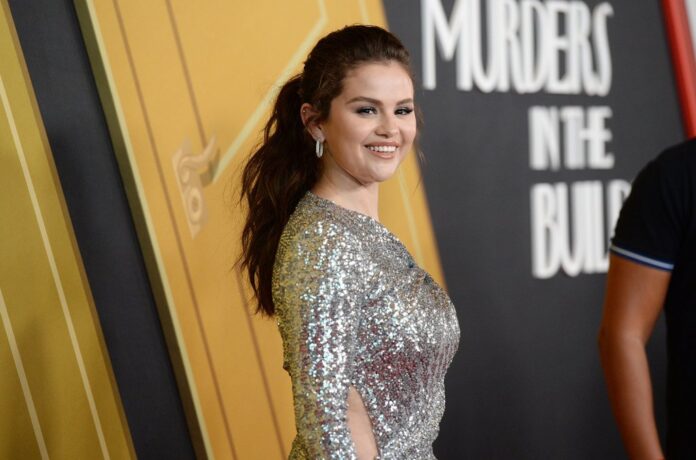 Selena Gomez is officially back in the studio. On Wednesday (July 6), the superstar shared a glimpse of herself inside the vocal booth on TikTok, simply captioned “New.”

The catch? The TikTok comes virtually without any sound, so Selenators aren’t able to get an audible sneak peek of what their queen is cooking up. Whatever music she’s making, though, will be a follow-up to her 2021 Spanish-language EP Revelación, which peaked at No. 22 on the Billboard 200 and earned Gomez her first-ever Grammy nomination, for best Latin pop album, at the 64th annual Grammy Awards in April.

The singer’s most recent full-length studio effort, meanwhile, was 2020’s Rare, which contained No. 1 hit “Lose You to Love Me” as well as follow-up singles “Look At Her Now,” “Rare” and “Boyfriend.”

Gomez’s behind-the-scenes TikTok isn’t the first time she’s teased new music in the last few weeks, either. During a celebration event for her cosmetics brand Rare Beauty, she hinted at the prospect during a rapid-fire Q&A session with TikTok makeup artist Mikayla Nogueira. (During the event, she also revealed her favorite song from her back catalog remains “Lose You to Love Me.”)

Of course, the onetime Disney Channel starlet has had plenty of other commitments on her plate in between albums: Season 2 of her hit series Only Murders in the Building just premiered on Hulu and she also took time off to attend the star-studded wedding of Britney Spears and Sam Asghari, where she even jumped on the mic with Paris Hilton to perform an impromptu rendition of “Stars Are Blind” for the stunning bride.

Watch Gomez’s TikTok from the studio below.