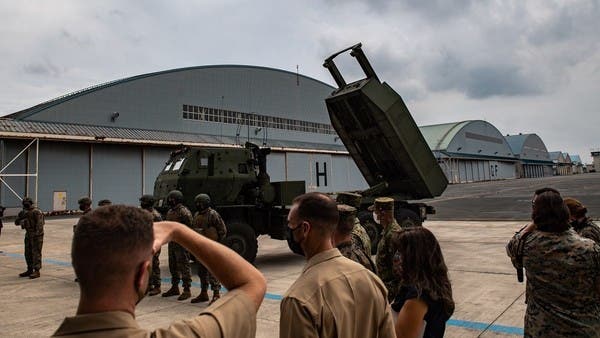 The US announced more weapons for Ukraine on Thursday in a deal that will include patrol boats to protect the country’s coastline.

John Kirby, the National Security Council coordinator for strategic communications, told reporters that the deal was worth $450 million.

Thursday’s announcement comes “as part of our commitment to help Ukraine defend its democracy in the face of unprovoked Russian aggression,” Kirby said.

The package contains new High Mobility Artillery Rocket systems (HIIMARS), tens of thousands of additional rounds of ammunition for the artillery systems that have already been provided and patrol boats to help Ukraine defend its coasts and waterways.

Kirby said this was the thirteenth time that President Joe Biden authorized what is referred to as a presidential drawdown since Russia invaded Ukraine. Since Feb. 24, the US has provided Ukraine with more than $6 billion in security assistance.

“The bravery and determination of the Ukrainian Armed Forces, let alone their fellow citizens, continues to inspire the world and we are committed to standing with them as they fight for the freedom,” Kirby said.

Acting Pentagon Press Secretary Todd Breasseale provided a breakdown of the weapons to be sent:

Secretary of State Antony Blinken said the steady flow of US military aid continued to bolster Ukraine’s defenses, improve its ability to defend its sovereign territory, and secure hard-fought victories on the battlefield. “And we will continue to deliver crucial military capabilities to Ukraine’s brave defenders,” he said in a statement.

Read more: US will not press Ukraine to make territorial concessions to Russia: Sullivan