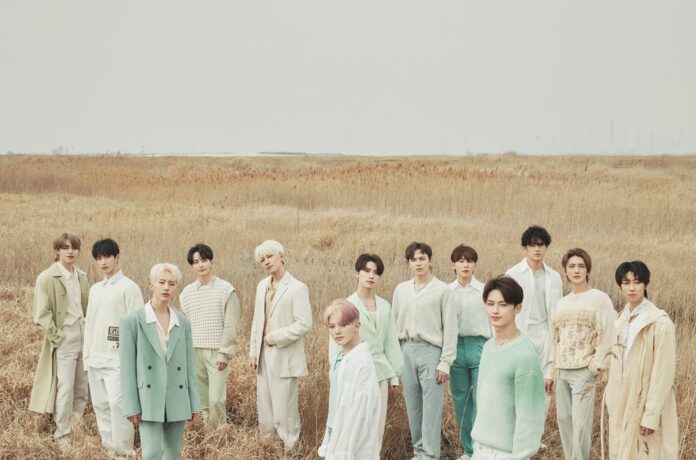 SEVENTEEN returns with Face the Sun, their fourth studio album and first in almost three years.

The K-pop stars celebrate their comeback with the release of the official music video for “Hot,” the lead single from Face the Sun.

It’s an explosion of color and hip-hop vibes as the 13-strong group strut their stuff in the desert, a mass-flex of high-octane choreography.

Spanning nine tracks and dropping in full at midnight, Face the Sun contains the outfit’s first English-language number “Darl+ing,” which arrived in April.

As one of the act’s main producers and leader of its vocal team, WOOZI co-wrote all the tracks on Face the Sun, the follow up 2019’s An Ode

The new record, reads a statement from their reps at HYBE, explores the bandmates’ fears and aspirations in reaching for greater heights. And it’s expected to be an immediate hit, with HYBE reporting more than 2 million pre-orders a week ahead of release.

The pop band will support the new LP with a North American jaunt, The Be the Sun Tour, kicking off this August, part of the band’s first world tour in more than two years.

The group’s most recent release was their ninth mini album Attacca, which arrived in October 2021. The set earned SEVENTEEN their second No. 1 on the Billboard Top Album Sales chart, selling 25,000 copies in the U.S. in the week ending Oct. 28.