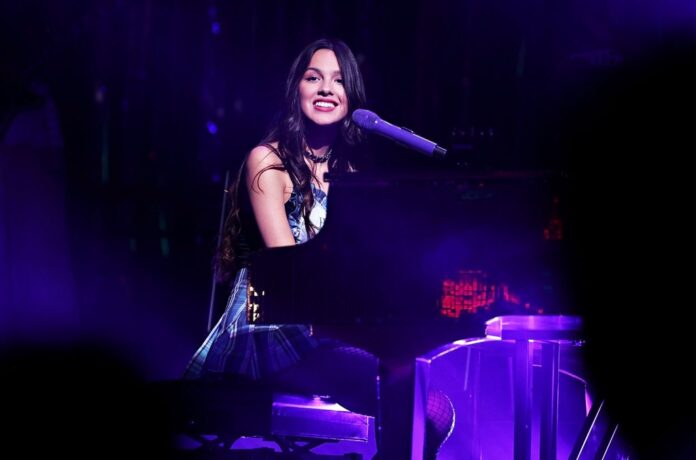 Olivia Rodrigo rocked the Greek Theatre for a pair of sold-out shows on Tuesday (May 24) and Wednesday (May 25) nights — taking her Grammy-winning debut album Sour to one of Los Angeles’ most historic venues.

There were several headline-making moments from night 1 of the concert, including the 19-year-old taking time to speak out about against gun violence following the tragic mass shooting at Robb Elementary School in Uvalde, Texas. She also shocked the crowd by bringing out one of her personal heroes, Alanis Morissette, for a surprise rendition of the Jagged Little Pill smash “You Oughta Know.”

Among the thousands of fans lucky enough to snag tickets to one of the two shows were several familiar faces — from famous friends to fellow musicians to celebrities that you may not expect.

Lizzo took a break from prepping for her own headlining tour to jam out to Sour at the Greek on Wednesday night.

Billie Eilish took a break from the stage to see the second performance of Sour on Wednesday night. The “Happier Than Ever” singer was spotted leaving the venue saying hello to fans (who had to do a double-take when they realized it was Eilish in the darkly tinted black car and not Rodrigo).

OMGVDHD SO I THOUGHT WE WERE WAITING FOR OLIVIA TO EXIT AND IM SHOUTING HER NAME LIKE A DUMBASS NEXT THING I KNOW THE GIRLY ROLLS DOWN HER WINDOW AND ITS BILLIE!! EILISH pic.twitter.com/P6tXeQxY8s

What team? Wildcats! Eight of Rodrigo’s castmates from Disney+’s High School Musical: The Musical: The Series made a school field trip out for night 1 at the Greek.

the cast of HSMTMTS is sitting behind me pic.twitter.com/ethFA7FOj7

We can’t blame Adam Sandler for being a Livie too! The actor/comedian was spotted (in true Sandler fashion, in sweats and a hoodie, of course) at her show on Tuesday.

Perhaps one of the most famous celebrity kids was spotted having a night out with her friends at The Greek on Wednesday. Though it’s unclear if her parents Beyoncé and/or Jay-Z were there, Blue Ivy surely had the time of her life.

Xochitl Gomez, Marvel’s rising star who made her first appearance as America Chavez just this year in Doctor Strange & The Multiverse of Madness, showed off her tour merch and gave a shout-out to her agents for getting her tickets to Rodrigo’s shows in L.A. and Santa Barbara.

The Greek wasn’t the early 2000s Spider-Man’s first time seeing Rodrigo live  — he was spotted at an April Sour Tour stop too.

📸 | Tobey Maguire with a fan at #SOURTourLA

Sent in by @elza1008 💜 pic.twitter.com/trOhSkXQVO

With the number of songs he has memorized for Carpool Karaoke, it’s not that huge of a shocker that Late Late Show host James Corden is a Sour fan. He was spotted waving to fans at The Greek on Wednesday.

Euphoria star and red-carpet show-stopper Barbie Ferreira hung out with Rodrigo post-show in Los Angeles. She also posted a shout-out to two fans who took a selfie with her on a Nintendo DS outside the venue on her Instagram Stories.

Friends supporting friends! Tate McRae was in the night 2 crowd at The Greek. The “she’s all i wanna be” singer also posted a snippet from the show to her Instagram Stories, writing “i love u like crazy @oliviarodrigo.”