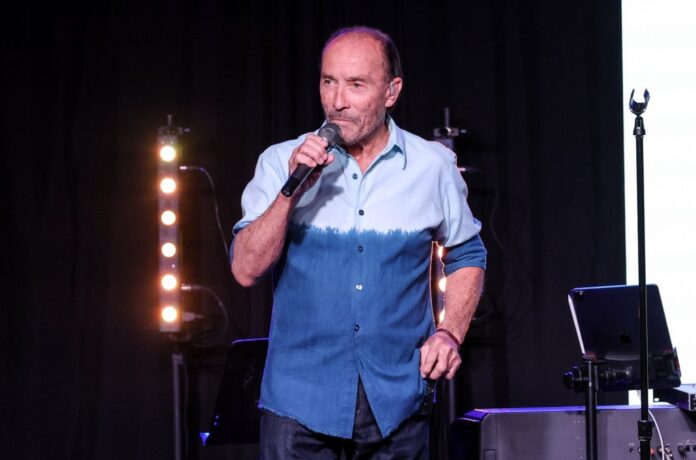 Country singers Lee Greenwood and T. Graham Brown, as well as SiriusXM Y2Kountry host Danielle Peck, have all pulled out of the National Rifle Association’s Memorial Day weekend concert in Houston, while a source tells Billboard that the NRA is expected to announce the concert’s cancellation on Friday.

At press time, the only artist still slated to perform at the concert is singer Jacob Bryant.

Greenwood, Brown and Peck join “American Pie” singer Don McLean, Larry Stewart and Larry Gatlin in opting not to appear at the “Grand Ole Night of Freedom” show slated to take place on Saturday (May 28) in the aftermath of Tuesday’s mass shooting at an elementary school in Uvalde, Texas, in which a gunman killed 19 children and two teachers.

The NRA did not immediately respond to Billboard‘s request for comment.

In a statement, Greenwood said, “As a father, I join the rest of America in being absolutely heartbroken by the horrific event that transpired this week in Texas. I was scheduled to perform at NRA’s private event on Saturday with my band. After thoughtful consideration, we have decided to cancel the appearance out of respect for those mourning the loss of those innocent children and teachers in Uvalde.”

He added, “During this Memorial Day Weekend, we should also remember the servicemen and women, and first responders who’ve given their lives to protect our great country. Please join me to pay our respects as we unite together as would be the most appropriate measure at this time.”

Brown also sent out a statement, which reads, “Sheila and I grieve with the families, city of Uvalde, the state of Texas, and our nation. We are very sensitive to the feelings of the good people who lost loved ones, therefore I am opting out of the concert in Houston on Saturday. I believe that the families are deserving of time to grieve. It is a sad week for everyone. May God bless us all as we seek answers.”

Peck sent this statement to Rolling Stone: “After much thought, as a both a mother and out of respect for all of the families in Uvalde, TX during the heartbreaking time, I have made the decision to not host or perform at the NRA Event in Houston this weekend. Instead, my thoughts and prayers will be with the families going through this tragic and unimaginable time right now.”

Greenwood, Brown and Peck’s statements echoed those by McLean, Stewart and Gatlin in citing the Uvalde school shooting – which has been reported as the 212th mass shooting event in the U.S. by the Gun Violence Archive – as the reason for their retreat from the event.

McLean kicked off the exodus on Wednesday after sending out a statement that read, “In light of the recent events in Texas, I have decided it would be disrespectful and hurtful for me to perform for the NRA at their convention in Houston this week. I’m sure all the folks planning to attend this event are shocked and sickened by these events as well. After all, we are all Americans. I share the sorrow for this terrible, cruel loss with the rest of the nation.”

At press time, the annual meeting of the gun lobbying organization that has donated tens of millions to politicians to bolster Second Amendment legislation is scheduled to host Texas Gov. Greg Abbott and Texas Sen. Ted Cruz, as well as former president Donald Trump. The gathering — which was canceled in 2020 and 2021 due to the COVID-19 pandemic — will take place at the George R. Brown Convention Center in Houston, and is also scheduled to feature speeches from several other Republican politicians, including Texas Rep. Dan Crenshaw, South Dakota governor Kristi Noem, and North Carolina Lt. Gov. Mark Robinson.

In a statement, the NRA called the massacre at the Texas grade school — the deadliest such incident since the 2012 mass shooting at Sandy Hook Elementary in Connecticut that left 20 children and six adults dead — a “horrific and evil crime,” which it said was the work of a “lone, deranged criminal.” It added, “As we gather in Houston, we will reflect on these events, pray for the victims, recognize our patriotic members, and pledge to redouble our commitment to making our schools secure.”

Abbott, a Republican who last year signed a law that did away with the requirement for Texans to be licensed to carry handguns, said on Wednesday that the slain 18-year-old suspect had no known criminal history or mental health issues.