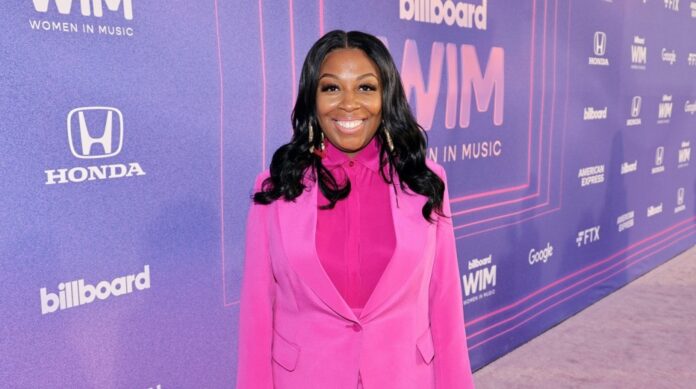 Natina Nimene was promoted to executive vp of promotion and artist relations at Def Jam Recordings, where she will continue to lead the strategy, execution and management of Def Jam’s promotional campaigns, artists and staff. She will also continue serving as the liaison for Def Jam artists including Ye, Pusha T, Teyana Taylor, 2 Chainz, Jeezy, YG, Muni Long, Coco Jones, Fredo Bang and DaniLeigh.

BMG has re-upped its two U.S. repertoire leads, Jon Loba and Thomas Scherer. Loba is now leading BMG Nashville’s label and publishing operations, making him the only major music executive in Nashville to hold dual leadership responsibilities in both areas of the business. Scherer, who serves as president of repertoire & marketing for Los Angeles and New York, will now take the lead on U.S. rights acquisitions in addition to his pre-existing responsibilities. Chris Oglesby, senior vp of creative at BMG Nashville, where he leads publishing, now reports to Loba.

Tony Smith retired from his role as vp of promotion at Hollywood Records/Disney Music Group after working at the company for more than 21 years. Smith played a role in launching the careers of artists including Jesse McCartney, Hilary Duff, Miley Cyrus, Jonas Brothers and Demi Lovato.

Wilt Wallace was named senior vp of urban promotion at Columbia Records, where he will help artists reach the top of urban airplay charts by bringing a modern approach to promotion.

Sarah van Mosel was named executive vp of the iHeart Audience Network (iAN), a new service from iHeartMedia, Inc. that simplifies audio advertising with inventory sourced from the iHeartRadio database and other premium publishers across streaming and podcasting. Van Mosel will assist with iAN sales operations, publisher development and podcast slate partnerships for iHeartPodcasts. She can be reached at info@iheart.com.

Julie Muncy was hired as senior vp of promotion and strategy at Dualtone Music Group, an MNRK Music Group company. Based out of Los Angeles, she will lead all Dualtone radio promotion at alternative and Americana formats.

Keel founders Joey Papoutsis and Peter Rugo launched Thirty Knots, a sister record label to Keel, and opened the Los Angeles-based recording studio The Keel Studios. Both Keel and Thirty Knots specialize in indie-alternative, crossover electronic and pop-rock artists as well as social media influencers. Papoutsis can be reached at joey@keel.la and Rugo can be reached at Peter@keel.la.

Gary Spivack was hired as senior executive of music at SaveLive, a platform founded in 2020 to work with independent venue owners and promoters. The 2021 Pollstar Talent Buyer of The Year nominee will liaise with the SaveLive network to help further enhance their day-to-day operations and long-range business. He can be reached at gary@savelive.com.

David Huntzinger was hired as head of digital to the growing team of managers at Night, Inc. He will continue to represent longtime top-tier clients such as Hasan Piker, Lazerbeam and Asmongold while expanding his roster and moving into Web3.

Ebba Guhnby was hired as business development manager across the Nordic region at FUGA, a leading B2B distributor. Concurrent with that announcement, FUGA also revealed that it has signed a global distribution and marketing services deal with YEAR0001, an independent Stockholm, Sweden-based label and creative studio.

Mike Donahue joined the board of directors at Symphonic Distribution, where he will apply his understanding of how to leverage technology, data and processes to drive business results.