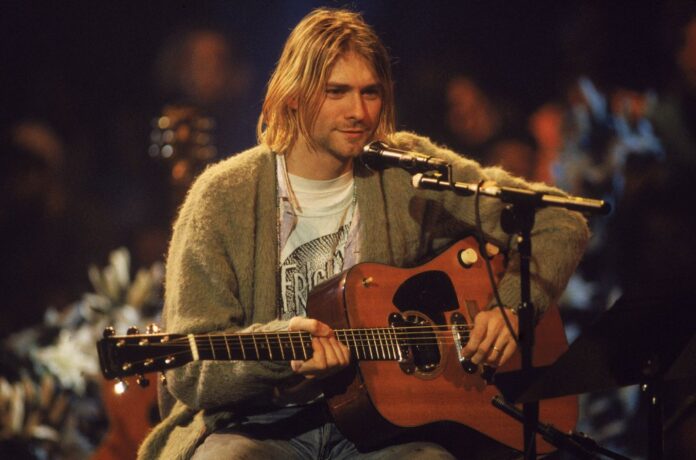 Conservative commentator Ben Shapiro had some choice words for Joe Biden on Wednesday (March 2) following the president’s first State of the Union address.

In his hyperbolic and inflammatory reaction to Biden’s speech before Congress, the political firebrand called the 46th president’s time in office “the worst 14 months of any president of the United States ever” before making a grossly insensitive comparison to the death of Kurt Cobain.

“Everything bad that has happened over the last 14 months is a completely self-inflicted wound. Joe Biden is the Kurt Cobain of politics,” Shapiro said during his eponymous show on The Daily Wire. “He put a shotgun in the mouth of the American body politic and then pulled the trigger. And the brains are on the wall.”

Obviously, fans will remember that the late Nirvana frontman died by suicide on April 5, 1994 from a self-inflicted gunshot wound. He was just 27 years old.

Others have found more positive inspiration in Cobain’s legacy recently, with The Batman director Matt Reeves revealing in a December interview that Robert Pattison’s portrayal of Bruce Wayne in the upcoming superhero film was based on the late rocker, and that he began writing the script while listening to Nirvana’s 1991 track “Something in the Way.”

Watch Shapiro’s tasteless comparison between Biden and Cobain below.

Ben Shapiro: “Joe Biden is the Kurt Cobain of politics. He put a shotgun in the mouth of the American body politic and then pulled the trigger. And the brains are on the wall” pic.twitter.com/7om4KwvAbv