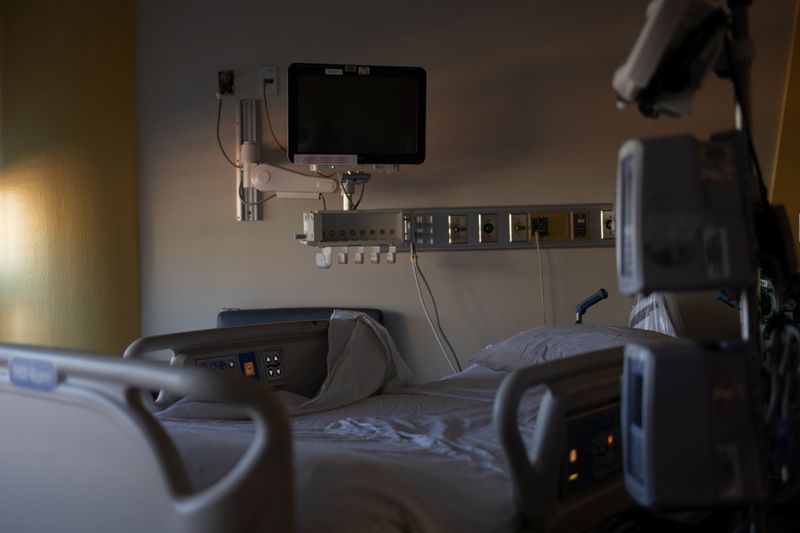 (Reuters) – Steady sales of pacemakers and heart stents may have likely helped Medtronic (NYSE:) Plc offset weak demand for its other medical devices, in a quarter that saw an Omicron-led surge in COVID-19 cases and staffing crisis at most U.S. hospitals.

Overwhelmed by soaring infections and shortages of nurses and other healthcare workers, hospitals had to put off non-critical surgical procedures, denting demand for knee and spine implants made by companies such as Medtronic and Zimmer Biomet.

“Medtronic has areas you know, for example, in cardiac surgery … those procedures are not seeing delays, but in areas where we can defer like spine, spinal cord stimulation, that’s where they’re going to see more of an impact,” said BTIG analyst Ryan Zimmerman.

** During its second quarter ended Oct. 29, the hit to sales of some of Medtronic’s products such as its spinal devices, which rely on elective procedures, was offset by the strength in its business that sells critical implants including pacemakers and other heart devices.

** Smaller rivals Zimmer Biomet and Edwards Lifesciences (NYSE:) have said the pressure on elective procedures has continued early into the year.

Medtronic’s spinal devices unit is a key part of its neuroscience business – https://graphics.reuters.com/MEDTRONIC-PREVIEW/akveznbknpr/chart.png

** Medtronic, which reports results on Feb. 22, is expected to post third-quarter revenue of $7.88 billion, according to the mean estimate from 12 analysts, based on Refinitiv data

** The current average rating on Medtronic shares is “buy”, with six analysts rating it “strong buy”, 15 “buy” and nine “hold”

** The company’s shares have fallen about 1.69% so far this year

Disclaimer: Fusion Media would like to remind you that the data contained in this website is not necessarily real-time nor accurate. All CFDs (stocks, indexes, futures) and Forex prices are not provided by exchanges but rather by market makers, and so prices may not be accurate and may differ from the actual market price, meaning prices are indicative and not appropriate for trading purposes. Therefore Fusion Media doesn`t bear any responsibility for any trading losses you might incur as a result of using this data.

Fusion Media or anyone involved with Fusion Media will not accept any liability for loss or damage as a result of reliance on the information including data, quotes, charts and buy/sell signals contained within this website. Please be fully informed regarding the risks and costs associated with trading the financial markets, it is one of the riskiest investment forms possible.