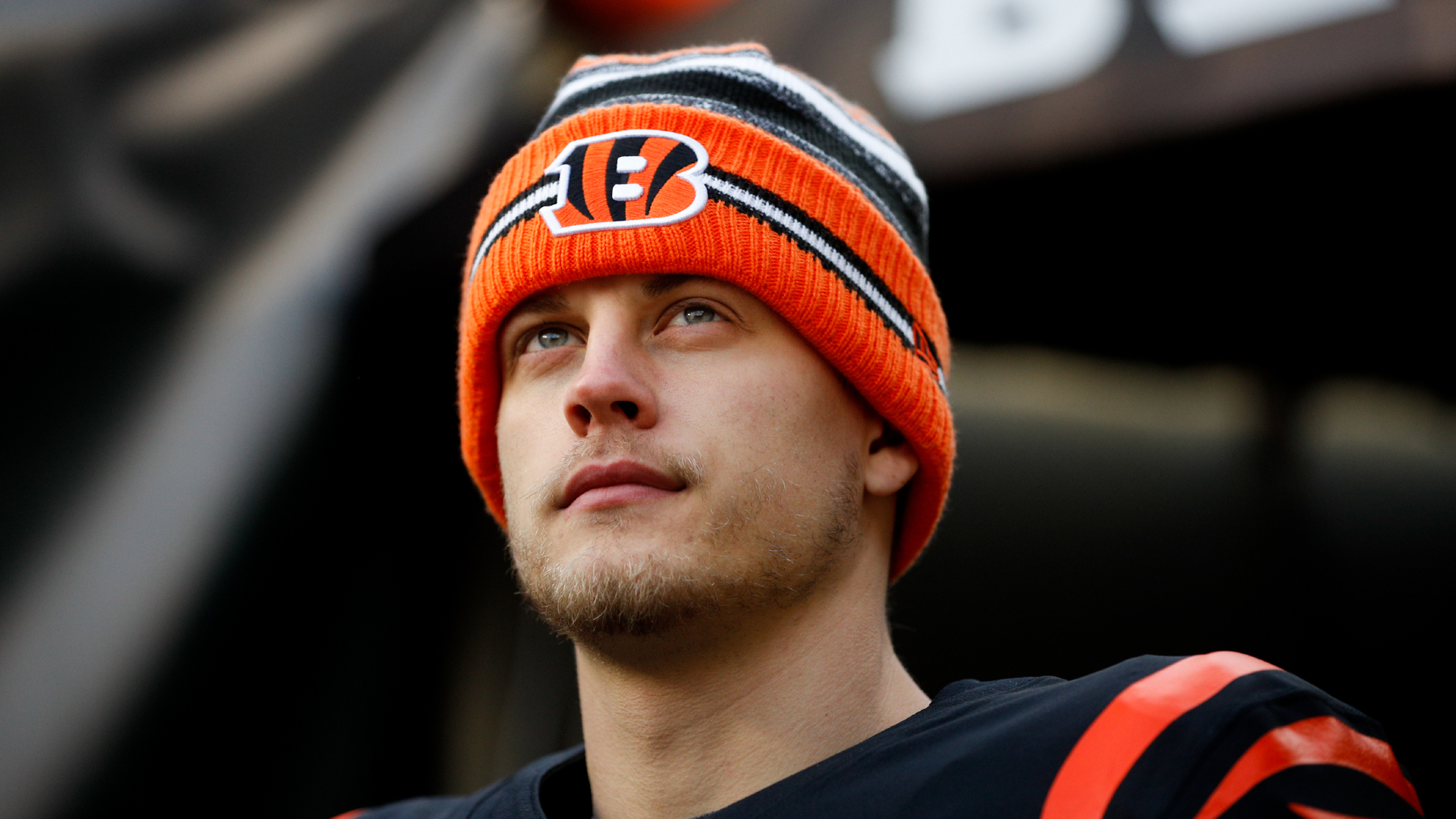 The Bengals’ divisional round matchup against the Titans on Saturday represents a breakthrough for the Cincinnati franchise.

It will be only the Bengals’ second divisional-round game since the 1990 season. It’s a stage Cincinnati has rarely seen, and one that will likely require a veteran presence if the team wants to advance to its first AFC championship game since 1988.

Luckily, Cincinnati has exactly that in its leader — sort of.

Despite being in only his second year, quarterback Joe Burrow is playing like an NFL veteran. He already owns the franchise single-season records for passing yards (4,611), touchdowns (34) and is second all time in single-season completion percentage (70.4, trailing only Ken Anderson’s mark of 70.6 in 1982). Rookie receiver and former LSU teammate Ja’Marr Chase has been a big part of Burrow’s statistical explosion, but Burrow’s age and experience certainly play into that as well.

Burrow is something of an anomaly when it comes to age. Despite being among the younger quarterbacks in the league — unsurprising for a second-year player — he is older than several signal-callers who have played in the NFL longer than he has. The reason for that, of course, is the fact he spent five years playing collegiately: three years as a backup at Ohio State (2015-17), then two as a starter at LSU (2018-19).

It’s rare for top-flight quarterbacks to use their full four years of NCAA eligibility. Often, signal-callers who grade out as first- or second-round draft picks take their chances in the NFL Draft, despite having a year or two left remaining to play. It’s even rarer for quarterbacks of Burrow’s caliber to use a full five years during their collegiate careers (pre-COVID and sans medical hardship waivers).

But that’s exactly the time Burrow needed in order to prove himself a viable NFL starter. In his second season in Baton Rouge, Burrow exploded to complete one of the most impressive individual seasons of all time, leading the Tigers to their first College Football Playoff championship and becoming the No. 1 overall pick of the 2020 NFL Draft.

That, of course, has led to Burrow not only being the oldest second-year starting quarterback in the league, but also older than several players who were taken in previous drafts. With that, Sporting News looks at how Burrow’s age stacks up among other NFL signal-callers.

How old is Joe Burrow?

Burrow is the 13th-youngest starting quarterback in the NFL (eighth-youngest among non-rookies) and is one of only two quarterbacks at age 25 or younger whose team is still in the playoffs — the other being Bills quarterback Josh Allen.

Which multi-year QBs are younger than Joe Burrow?

As mentioned, Burrow is surprisingly old to be just a second-year quarterback. He may be the 13th-youngest starter in the NFL, but he is older than several starting quarterbacks who have been in the league longer than he has:

All of Jackson (four), Daniel Jones (three), Sam Darnold (four) and Murray (three) have played in more seasons than Burrow (two), despite being younger than him. It’s also worth noting that Allen — who turned 25 on May 21, 2021 — is already in his fourth season in Buffalo.

Burrow’s age disparity can also be seen among his fellow second-year quarterbacks:

Of the 13 quarterbacks taken in the 2020 NFL Draft, only the Jaguars’ Jake Luton and Cowboys’ Ben DiNucci are older than Burrow. Tommy Stevens is five days younger. (Like Burrow, they each spent five years playing college football.)

Among the remaining nine quarterbacks drafted in 2021, only three — Jacob Morgan, Nate Stanley and Jacob Eason — are even 24 years old. The remaining six are all 23.

MORE: How Burrow’s historic two-game stretch made him MVP candidate

Burrow’s sophomore campaign is already one for the history books. He owns the Bengals’ single-season records for passing yards and touchdowns, and he led the Bengals to their first playoff win in 31 years, a 26-19 victory over the Raiders in the wild-card round.

The question now is how Burrow ranks all-time among second-year quarterbacks, per StatMuse.