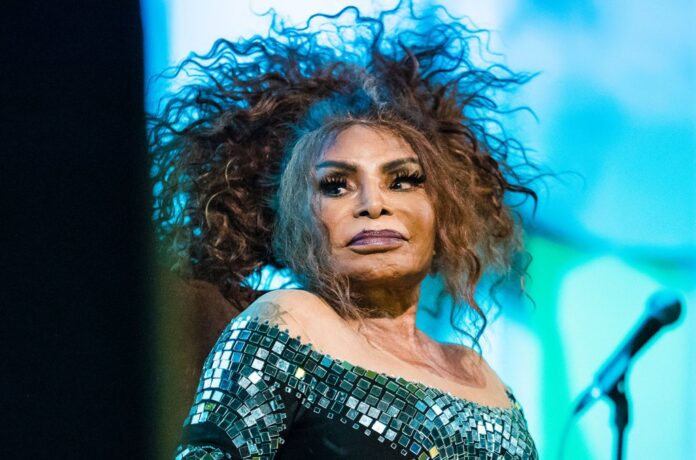 Brazilians on Friday (Jan. 21) were grieving the loss of legendary samba singer and force of nature Elza Soares, a day after she died in her Rio de Janeiro home.

Family and friends gathered at Rio’s Municipal Theater, where her body was brought for viewing, before the playhouse opened its doors to the artist’s fans.

“Elza went on the day she wanted, the way she wanted, without suffering. And surrounded by family,” the singer’s granddaughter, Vanessa Soares, said in an interview on TV Globo. Soares was 91.

There was an outpouring of tributes from artists in Brazil and abroad, old and young, samba stars and rappers alike.

Singer Maria Rita called her “one of our country’s greatest, a representative of the resistance and resilience of its people. … And now our mission starts: celebrating her forever!”

Beyonce also thanked the artist on her website for inspiring “so many from Brazil and around the world,” while Rio’s Mayor Eduardo Paes declared three days of mourning.

Soares rose to stardom in spite of a difficult upbringing and being a Black woman in a country where slavery has left a stark legacy of inequality. She often spoke critically of the country’s problems, and overcoming those obstacles contributed to her mythical persona.

Elza Gomes da Conceição was born in June 1930, in a poor Rio de Janeiro household in the Vila Vintem favela, a working-class neighborhood then known as Moca Bonita.

She was forced to marry at 12, had her first child at 13 and by age 21 was a widow with several children to feed. She lost two of them to hunger, Brazilian media have widely reported. Her most recent album, released in 2019, was entitled Planet Hunger — a reference to the place that he said on a radio show in the 1950s marked her origin.

She often told the story behind her distinctive raspy voice: Growing up, she had to carry water jugs balanced atop her head while walking through her favela. “I picked up a jug, and I groaned,” she said in one interview, illustrating her words with a deep, harsh sound. “And I thought this gave it a swing.”

For years, she had to do odd jobs to provide for her family, at one point working in a soap factory. It was only in the early 1960s that she started gaining fame as a samba singer.

She diversified to other genres, and in 1999 was elected “singer of the millennium” by BBC London, consolidating her international reputation.

“If I didn’t sing, I would die,” Soares said in a more recent television interview, in 2002. “Singing to not go crazy.”

Throughout her career, she maintained a fierce appetite for work, recording more than 30 albums. She also became a fashion figure, often appearing in interviews and on magazine covers or catwalks wearing extravagant garments, headdresses and thick make-up.

She was famous — and, to some, infamous — for striking up a relationship with Mané Garrincha, widely considered one of Brazil’s greatest soccer players. He ended his marriage with his wife in order to be with Soares, and the public cast blame on her.

But Soares, a fiercely independent woman and feminist well ahead of her time, distanced herself from the attention on their relationship and then marriage.

“I never liked being so-and-so’s wife. I’m me. I didn’t need to be Garrincha’s wife to be Elza Soares. Garrincha was Elza Soares’ husband,” she told Globo TV in 2017.

In 2020, the Mocidade samba school featured Soares in its Carnival parade, and last month she took part in a documentary series paying tribute to Black women singers who paved the way for other artists.

Following Soares’ death, Brazil’s hottest young artists, from rappers to pop stars, shared recent pictures of themselves posing next to their idol, a testament to her lasting impact.

Soares was to be buried Friday near the Vila Vintem favela where she grew up.