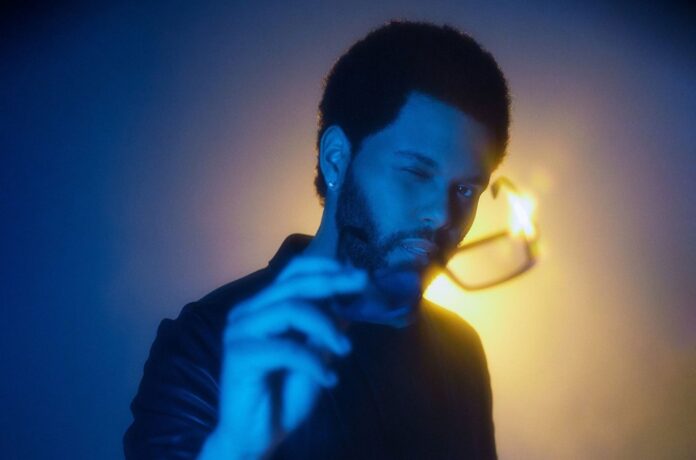 The Weeknd‘s Dawn FM album made a worldwide splash with its debut this week, asserting his global success by topping the charts in 10 countries around the globe after its release on Jan. 7, just days after it was announced.

The album, which follows as a companion piece of sorts to 2020’s blockbuster After Hours, bowed atop the Official U.K. Albums Chart — as well as, according to The Weeknd’s label, Republic Records, the official charts of Canada, Australia, Ireland, Finland, the Netherlands, New Zealand, Norway, Sweden and Switzerland. In addition, two of the set’s tracks made the top 10 of Billboard‘s Global 200 chart, tracking the biggest songs in the world each week — led by the No. 2 debut of “Sacrifice,” which accounts for a mighty 53.5 million global streams this week, according to MRC Data.

The album has a lot of room to grow, too, as one of the year’s first superstar releases. While in the U.S., the album trailed Atlanta rapper Gunna‘s DS4Ever on the Billboard 200 albums chart, landing at No. 2 on the tally dated Jan. 22, The Weeknd still has CD and vinyl releases planned that could push the album up the charts if it sustains streaming interest. And, meanwhile, he’s preparing for his long-postponed After Hours ‘Til Dawn Stadium Tour that’s now due to kick off this summer with dates across across multiple continents and maintain fans’ interest in the album and mark one of the world’s biggest tours since concerts shut down in 2020 due to the coronavirus pandemic.

“The impact of Dawn FM speaks to The Weeknd’s undeniable global appeal and further reinforces the healing power of music,” says Monte Lipman, Republic Records founder and CEO, in a statement. “The non-traditional rollout represents Abel’s pure dedication to his fans by making new music available in real time. This body of work has captured the imagination of both the creative community and the overall marketplace.”

Since his pop breakthrough in the mid-’10s, The Weeknd has been a steady presence at No. 1 on the Billboard 200. His three most recent albums before this year, 2015’s Beauty Behind the Madness, 2016’s Starboy and 2020’s After Hours, all debuted atop the listing — with After Hours marking arguably the biggest success of his career to date, earning 444,000 equivalent album units in its first week — as did his 2018 EP My Dear Melancholy. But Dawn FM was edged out by DS4Ever (which, like Dawn FM, was released on Jan. 7 and officially announced the Monday before) in a particularly close race: DS4Ever bowed at No. 1 with 150,300 equivalent album units, while Dawn FM finished just a couple thousand short of that with 148,000 units.

While the initial performance for Dawn FM may seem modest compared to The Weeknd’s After Hours start, it requires some additional context. The first factor of importance is that After Hours‘ lofty first-week number, posted in April 2020, was boosted by a number of advantages that Dawn FM lacks. After Hours was released when Billboard still counted ticket- and merch-bundled album sales towards its totals — and The Weeknd offered both ticket bundles with CD purchases and merch bundles with digital purchases of After Hours, as well as a direct-to-consumer combination physical and digital album bundle, which could be reported as a sale that week even when the physical album would not ship for months to come. It all helped the album reach 274,000 in first-week sales, and over 100,000 in physical sales alone.

None of that is available for Dawn FM. In addition to bundles having been disallowed from contributing towards chart totals in October 2020, Dawn FM has no physical release to speak of yet — something the singer-songwriter (born Abel Tesfaye) himself acknowledged on Twitter would hurt his first-week numbers. “This doesn’t matter to me,” Tesfaye posted, in a tweet that was later deleted. “what matters is getting to experience the album together with the fans during these times.”

After Hours also benefited from a long and successful pre-release rollout — largely centered around the set’s two pre-release singles “Heartless” and “Blinding Lights,” which dropped within a couple days of one another the prior November, and which would both top the Hot 100 by the time After Hours itself debuted atop the Billboard 200. By contrast, the only song to be released in advance from Dawn FM — which was officially announced just days before the album’s Friday debut — was “Take My Breath,” which notched a solid Hot 100 debut at No. 6 the prior August, but failed to build much momentum from there and was not a major needle-mover by the time of Dawn‘s release five months later.

And Dawn FM just ended up facing some pretty considerable competition. Gunna was no chart lightweight going into 2022 — his prior set Wunna also debuted atop the Billboard 200 in May 2020, with a 111,000-unit first-week performance. But the 150,300-unit bow of DS4Ever is obviously a step up for the rapper, a testament to his long-building streaming dominance (as particularly boosted by the No. 7-debuting Hot 100 hit “Pushin P,” with Future and featuring Young Thug). While the black-lit disco of Dawn FM is likely to get a much warmer embrace on top 40 radio, the woozy trap of DS4Ever is streaming a bit stronger in the U.S. right now, and that was able to give Gunna the slight edge in that department (193.5 million streams for DS4Ever, 173.04 million for Dawn FM — though the former also had the advantage of a slightly longer tracklist).

While it’s become increasingly rare in the 2020s for albums to climb to No. 1 on the Billboard 200 after a lower debut, some superstar acts have been using delayed physical format releases to their advantage to climb back up the charts and engage fans again. Pop stars like Taylor Swift and Olivia Rodrigo were able to return their respective 2021 albums to the top of the chart months after the albums’ initial release with later releases of physical copies of the sets — a boost The Weeknd could replicate when Dawn FM receives its physical release, first on CD on Jan. 28 and then on vinyl and cassette on April 29.

Much of what has defined The Weeknd’s stardom in recent years is not just his big numbers out of the gate, but his endurance. Nearly a year after the compilation’s release last February, his The Highlights sits at No. 8 on the chart this week — a testament to the continued streaming performance of Tesfaye’s older hits, led of course by the unkillable “Blinding Lights.” If Dawn FM can spin off hits anywhere near as big or long-lasting as “Lights” (or “Save Your Tears,” No. 2 on Billboard‘s 2021 Year-End Hot 100 chart), it should also be able to hang around near the top of the albums chart — and maybe even take the lead.