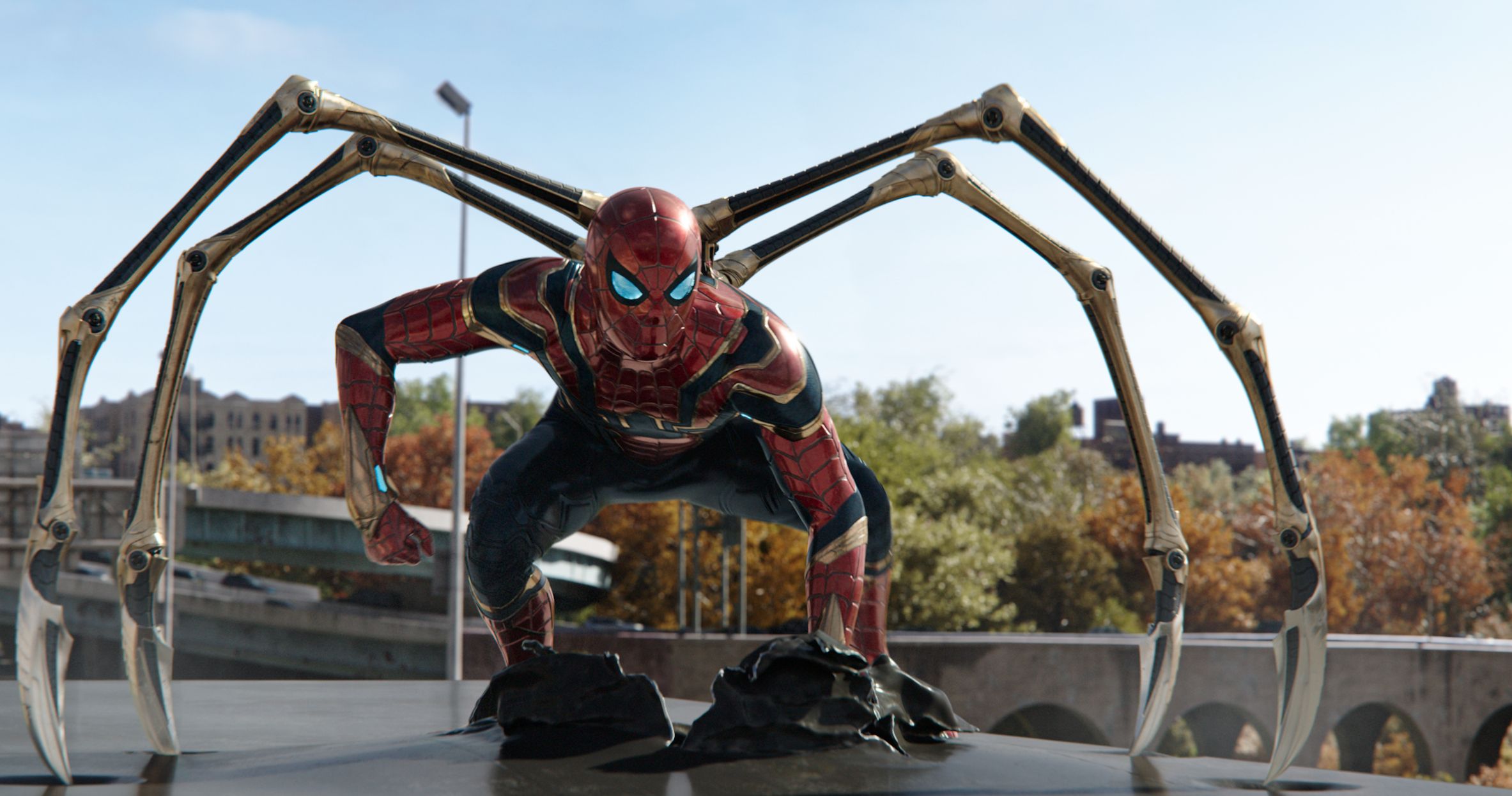 The second trailer for Spider-Man: No Way Home is here. As perhaps the most anticipated movie of the year (or in many years, really), No Way Home has tremendous excitement surrounding its upcoming release. For now, fans can only check out the footage which has been released and trailers, and you can check out what’s next for Tom Holland’s Peter Parker in the monumental movie by watching the new trailer below.

There’s a heavy emphasis on the villains in this new trailer, including tons of new footage of Alfred Molina as Doc Ock. We get a better look at Willem Dafoe’s Green Goblin as well, along with confirmation of other villains like Jamie Foxx’s Electro and Thomas Haden Church’s Sandman. The big question many fans had wondering going in was whether the other Spider-Men, Tobey Maguire and Andrew Garfield, would appear, but they do not, with Peter Parker taking on all of these villains without them. Could Sony be saving them for the theater?

This trailer was first unveiled at a special launch event for fans in Los Angeles. We knew about several of the big characters that were returning, such as Alfred Molina as Doc Ock and Willem Dafoe as Green Goblin, but this new trailer also brings some other surprises. We can be sure that Marvel and Sony are still saving some of the biggest surprises for the release of the movie itself with Spider-Man: No Way Home is released in theaters next month.

Tom Holland returns as Peter Parker with Benedict Cumberbatch also returning as Doctor Strange, and it appears that the relationship between the two breaks down in the movie. Ahead of the second trailer’s release, Holland spoke about what comes next for the superheroes, suggesting that Doctor Strange will not be filling in as a new mentor for Peter after the death of Tony Stark.

“It’s a very different relationship [from Tony Stark and Peter Parker],” Holland said, via Games Radar. “I wouldn’t consider Doctor Strange as a mentor in this film – it’s more as a colleague. At this point in the films, Spider-Man has established himself as quite a powerful and serious Avenger. Doctor Strange sees that in him, and treats him like an equal. And throughout the course of the film, their relationship breaks down. And rather than becoming colleagues – they don’t become enemies, but they’re definitely not friends.”

Of course, the biggest draw for Spider-Man: No Way Home comes with bringing in established characters from different movie universes. That includes Tobey Maguire and Andrew Garfield both returning as their Spider-Men, and ahead of the second trailer launch, Garfield took another moment to deny that he was involved in the movie. It was the latest of several denials that he’d be in the movie, even if nobody believed him.

“Listen, I’m not in the film,” Garfield said bluntly on Today. “I love Spider-Man, I always have. I was so happy to have played the part, and I’m so excited to see what they do with the third one, just like you guys are, to be honest. No, that’s not a diplomatic answer. I really, really mean it. I love Tom Holland. I love Jon Watts. I love Amy Pascal and Kevin Feige and what they’ve done with those movies and that character. It’s an important character to me. So I’m just really excited to see what happens in the third one, as you guys are.”

Who will we see and who won’t we see in the movie when it is finally released? We can be sure that its box office performance will be tremendous with fans turning out in droves to find out. Spider-Man: No Way Home will be released in movie theaters on Dec. 17, 2021.

We’ve seen what Liam Neeson does when you take his daughter. Take his entire family? It’s your funeral.